For centuries, Borobodur laid hidden under layers of volcanic ash. The reasons behind the desertion of this magnificent monument still remain a mystery.

There is no written record of who built Borobudur or of its intended purpose. The construction time has been estimated by comparison between carved reliefs on the temple’s hidden foot and the inscriptions commonly used in royal charters during the eight and ninth centuries. Borobudur was likely founded around 750 AD. This corresponds to the peak of the Syailendra dynasty in central Java (760–830 AD), when it was under the influence of the Srivijaya Empire. The construction has been estimated to have taken 75 years and been completed during the reign of Samaratungga in 825.

For centuries, Borobodur laid hidden under layers of volcanic ash. The reasons behind the desertion of this magnificent monument still remain a mystery. Some scholars believe that the famine was caused by the eruption of Mount Merapi that forced the inhabitants of Central Java to leave their lands behind in search of a new place to live. When people once again inhabited this area, the glory of Borobudur was buried by ash from Mount Merapi.

Borobudur was rediscovered in 1814 by Sir Thomas Stamford Raffles who, during his visit in Semarang, received a report indicating the discovery of a hill full of many carved stones. The hill was believed by the local inhabitants to be the site of an ancient monument called budur. Raffles then commissioned a team led by Cornelius to investigate the hill.

It was in 1835 that the site was cleared. Some efforts were made to restore and preserve the colossal monument since then. Unfortunately, in 1896 the Dutch colonial government gave away eight containers of Borobudur stones, including reliefs, statues, stairs and gates, as presents for the King of Siam who was visiting Indonesia.

A restoration program undertaken between 1973 and 1984 returned much of the complex to its former glory, and the site has since become a destination of Buddhist pilgrimage. On January 21, 1985 the temple suffered minor damage due to a bomb attack. In 1991, Borobudur was listed by UNESCO as a World Heritage Site. Viewed from above, Borobudur takes the form of a giant mandala, symbolically depicting the path of the bodhisattva from samsara to nirvana, through the story of Sudhana described in the Gandavyuha Sutra, a part of the Avatamsaka Sutra. In total, this massive monument contains over 2 million stone blocks.

Some scholars think that this massive monument is a gigantic textbook of Buddhism to help people to achieve enlightenment. To read this Buddhist textbook in stone requires a walk of more than two miles. The walls of the galleries are adorned with impressive reliefs illustrating the life of Buddha Shakyamuni and the principles of his teaching. The hidden base of Borobudur was originally the first level, which contains the gallery of Kamadhatu level. It is thought that during construction Borobudur experienced a landfall that threatened the entire building. To prevent the whole monument from collapsing, the Kamadhatu level was closed and made into a new base that holds Borobudur steady.

This level of Kamadhatu pictures the world of passion and the inevitable laws of karma. The first 117 panels show various actions leading to one and the same result, while the other remaining 43 panels demonstrate the many results that follow one single effect. At least 160 relief panels were carved around this level, based on the manuscript of Karmavibhangga. What is left of these can be seen in the Southeast corner of this level.

The reliefs of the Rupadhatu level show the stories based on the manuscripts of Lalitavistara, Jataka-Avadana and Gandavyuha. The Lalitavistara reliefs, consisting of 120 panels, tell us about the life of Siddhartha Gautama Buddha. It starts with the glorious descent of Buddha from the Tushita heaven. Born as Prince Siddhartha, Buddha’s childhood was isolated from the outside world’s misery. Accidentally witnessing the misery of sickness, decrepitude and death, young Prince Siddharta decided to escape from the worldly life and commencing his search of freedom from suffering. Siddhartha’s long and painful search finally led him to the highest level of enlightenment and made him Buddha, the Enlightened One. This story ends with Buddha’s sermon in the Deer Park near Benares.

The Jataka is a collection of stories about Buddha’s previous reincarnation, chains and virtues. According to the Jataka, Buddha was born 504 times before being born as Prince Siddharta, taking on the forms of god, kings, princes, learned men, thieves, slaves, and a gambler. Many times he was born in the forms of animals such as lion, deer, monkey, swan, big turtle, quail, horse, bird and many others. But the Boddhisatva (Buddha-to-be) was distinguished from all other kings, slaves, or animals among whom he lived. The Boddhisatva is always superior and wiser than those around him.

As to the relief of Avadana, the main figure is not the Buddha himself. All the saintly deeds pictured in this part are attributed to other legendary characters. The stories are compiled in Dvijavadana (Glorious Heavenly Acts) and the Avadana Sataka (The Hundred Avadana). The first 20 frames in the lower series of stories on the first gallery depict the Sudhanakumaravana.

The series of reliefs covering the wall of the second gallery is dedicated to Sudhana’s tireless wandering during his search for the highest wisdom. The story is continued on the walls and balustrades of the third and fourth galleries. Most of the 460 panels depict the scenes based on the Mahayana text Gandavyuha, while the concluding scenes are derived from the text of Badracari. On the last three circular uppermost terraces, 72 stupas circle the huge main stupa that crowns the top of the temple. The circular form represents the eternity without beginning and without end, a superlative, tranquil, and pure state of the formless world. There are no reliefs on the three circular terraces. 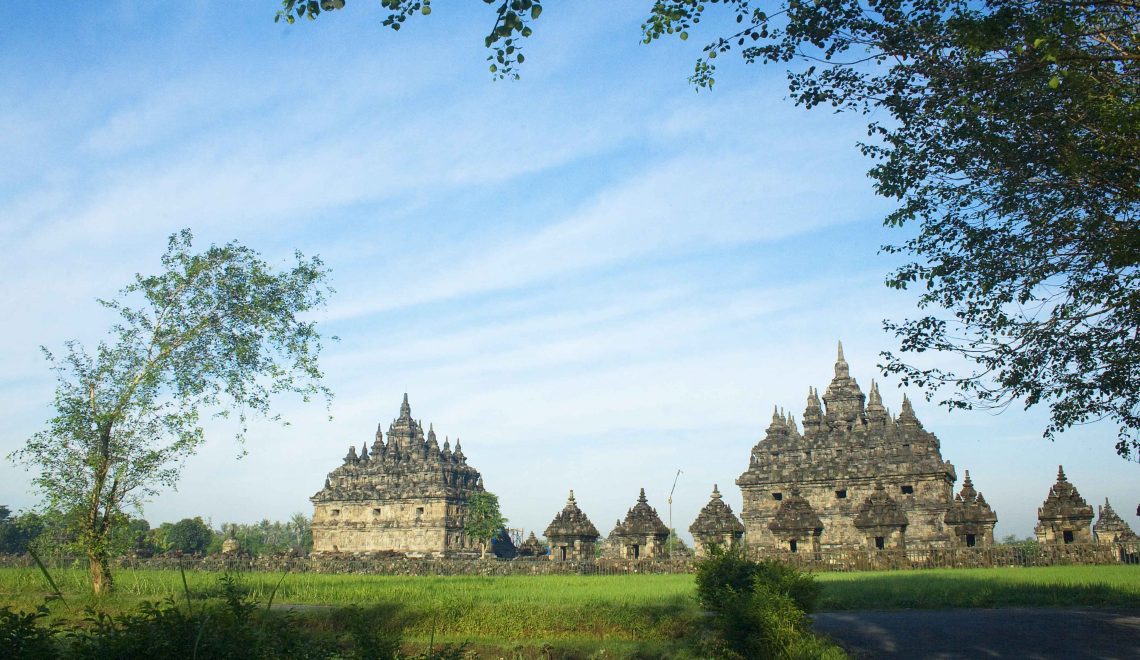 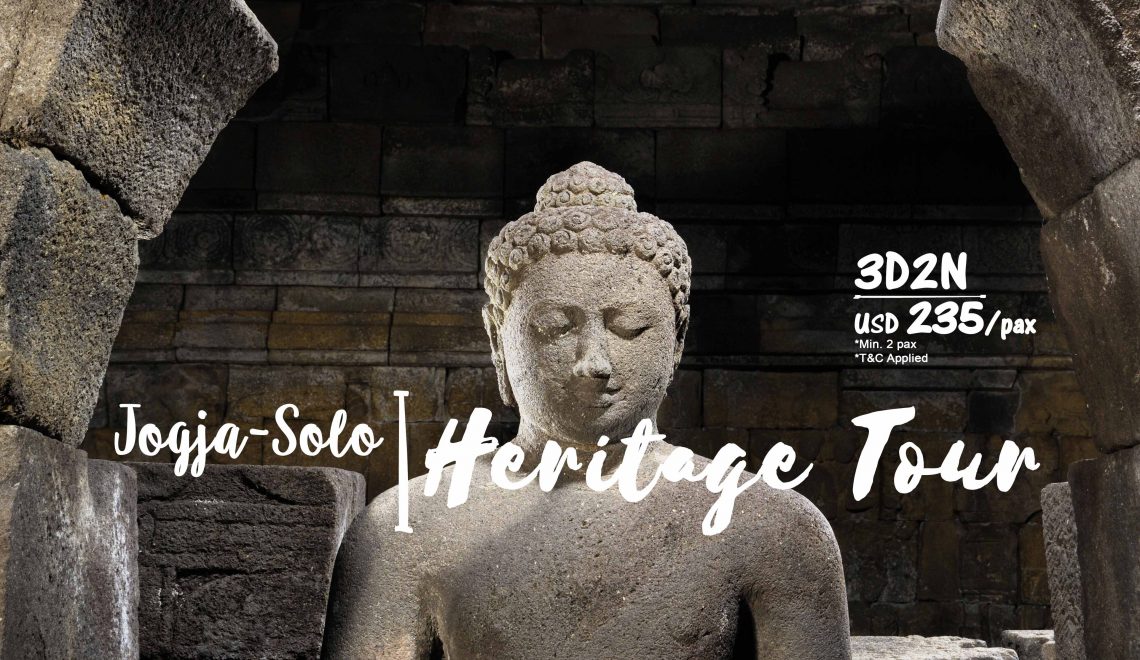 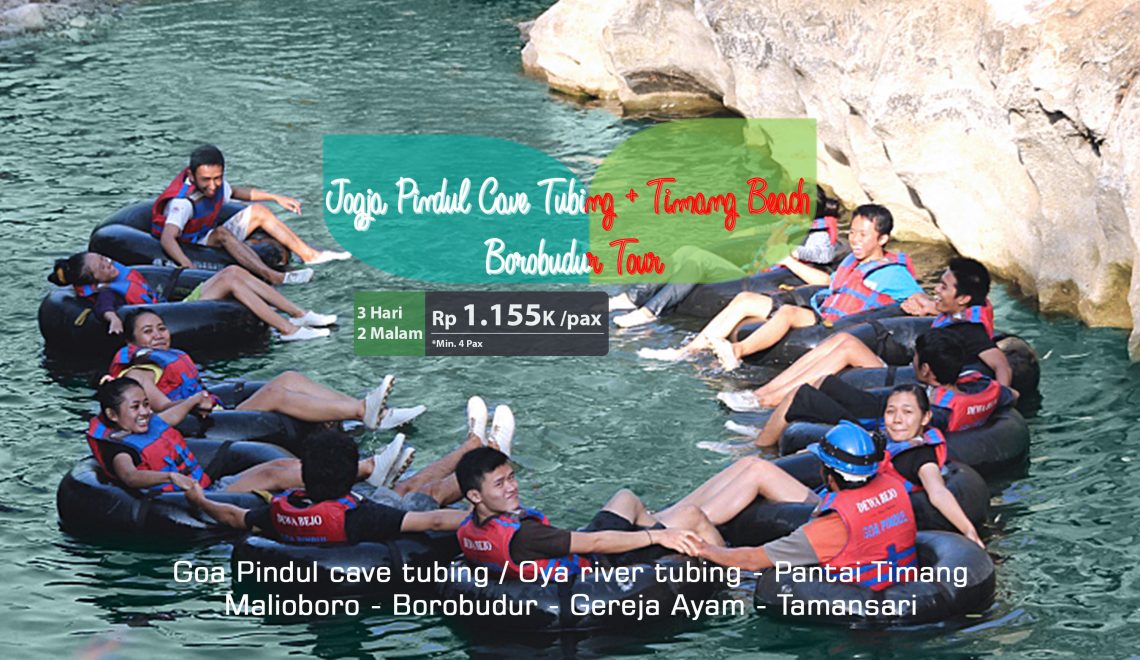